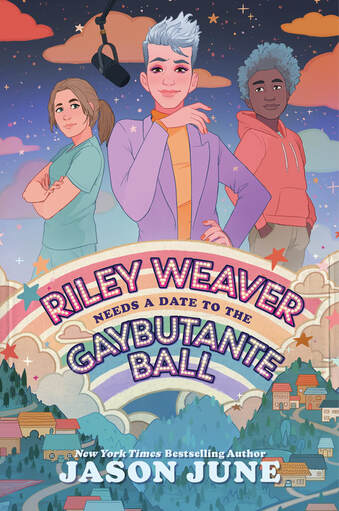 Femme, gay teen podcaster Riley Weaver has made it to junior year, which means he can finally apply for membership into the Gaybutante Society, the LGBTQ+ organization that has launched dozens of queer teens' careers in pop culture, arts, and activism. The process to get into the Society is a marathon of charity events, parties, and general gay chaos, culminating in the annual Gaybutante Ball. The one requirement for the ball? A date.

Then Riley overhears cis gay superstar athlete, Skylar, say that gay guys just aren't interested in femme guys or else they wouldn't be gay. Riley confronts Skylar and makes a bet to prove him wrong: Riley must find a masc date by the time of the ball, or he'll drop out of the Society entirely. Riley decides to document the trials and tribulations of dating when you're gay and femme in a brand new podcast. Can Riley find a fella to fall for in time? Or will this be one massive—and publicly broadcast—femme failure?

This new novel from Jason June explores how labels can limit and liberate us, and shows just what can happen when you bet on yourself.